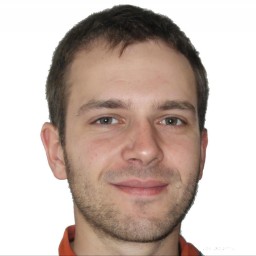 When your hammock is drooping, it’s no longer as relaxing or comfortable as it should be. But how can a sagging hammock be fixed?

Hammocks may sag after prolonged use, but there are solutions for this. The most common fix is to tighten the straps with a knot. Other ways to stop sagging include re-tying the hammock on one or both ends, and ensuring that the hammock is hung with a 30 degree angle between the straps and the ground.

Understanding why the hammock is sagging can help you identify the correct way to fix it. Read on below to learn more. How To Keep a Hammock From Sagging

The proper hammock sag should resemble a banana or a smile when you lay on it.

However, hammocks can sag incorrectly: oftentimes too much on either side due to several reasons. The good news is that you can address these problems and still make good use of your hammock instead of throwing it away.

The first step is to identify the cause of the sag before you fix it. Below are common reasons that hammocks sag, and the appropriate solution for each.

Hammock Straps Stretched Out Over Time

Prolonged use can usually cause one or both of the hammock straps to loosen over time, resulting in a drooping or sagging hammock. Examine the straps to tell if they have lost tension; if they have, you can tighten them by tying a knot in the strings or rope between the hammock bed and the loop. Doing this will shorten the strings by around 5 inches, so keep tying until you have reach the ideal length for the hammock to no longer sag.

Check out this useful video guide that shows you how to tie a knot in hammock strings.

Hammock Straps Are Too Long

Some hammock models come with ropes that are simply too long for hanging on trees or on a hammock stand. This can be tricky at first because it involves some experimentation, but you’ll need to re-tie the ropes on each end until you get the ideal sag.

Alternatively, you can wrap some extra rope around one side of the hammock to fix this. Just correcting one side can already give you the ideal fit, but if not, repeat this method on the other side.

The same applies for using a hammock on a stand with chains: adjust the length of the chains to reduce the sag in the affected side.

If your hammock is new, hasn’t been stretched out, and the straps are just right, then perhaps the reason why it’s sagging is because it’s hung with the incorrect angle.

There should be a 30-degree angle between the hammock straps and the ground after the hammock has been centered. Meanwhile, the bottom of your hammock should be around 18 inches from the ground. Untie the hammock and tie them again with this goal in mind because the hammock won’t be sagging with the correct angle in place.

This will result in the proper sag, which looks like a banana. In addition, this can also be resolved by increasing the distance between each end of the hammock. Simply untie it then tie it again.

A sagging hammock may be a common problem when setting it up. However, it’s usually an easy fix following any of these guidelines.

Can You Use a Hammock on the Beach?